Panah plays a pivotal role in providing an option for women who want to escape violence  and lead a life with dignity. Panah accommodates women who are under duress as a result of exercising their choice in marriage or divorce, forced marriages, victims of domestic violence such as sexual abuse, assault, exploitation, and under threat of honour killing or women seeking temporary refuge from other social injustices. 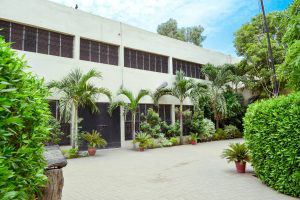 Panah provides a safe shelter home with free boarding and lodging to women and their dependent children. 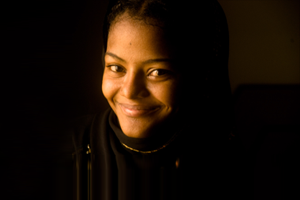 Panah is a private, non-profit organization that receives 100% of its annual operating budget from corporations, individuals and donor organizations. 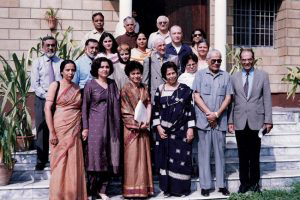 A group photograph of the Board of Trustees, Members of the Managing Committee and Guests at the opening of the Panah Shelter Home.

Some Images From Our

The Story of Shahnaz

A charming face with articulate expression and fine mannerisms, 19 year old Shahnaz sits calmly as she narrates her story…

The Story of Sana

Every evening, 18 year old Sana would shake with fear and despair as her husband would beat her, lock her in a room without food or water and in moments of drunken frenzy…

The Story of Maryam

*Thank you for your interest in Panah and for requesting a copy of Survivors.

Panah relies heavily on its patrons to do what it does. Please use our donate area to support us. If you wish to be a part of our volunteer network, do let us know and we will reach out to you.

Nadira Panjwani is a leading philanthropist based in Karachi. She has established and led a number of welfare organizations dedicated to the cause of human development. She is the Founder and Managing Trustee of the Panjwani Charitable Foundation and Trusts. In 1994, she established the Zainab Panjwani Memorial Hospital. This 100-bed, not-for-profit organization provides quality medical care at subsidized rates and also on a free basis to all members of the public. Attached to this hospital it is the Zainab Panjwani School of Midwifery providing training to young women seeking a career in paramedical services. This training program with the objective of women empowerment is totally free of cost.

In the year 2000, she established the Dr. Panjwani School-College for the Blind. This modern, purpose-built training complex providing education from Montessori to Master’s level for visually-handicapped students was inaugurated by the President of Pakistan. This facility is affiliated with the University of Karachi and is the largest academic center for visually handicapped people in Pakistan. Nadira is the Vice President of IRWA and Chairperson of its Academic Council.

In 2004, the President of Pakistan inaugurated the Dr. Panjwani Centre for Molecular Medicine and Drug Research at the University of Karachi. This is state of the art research center is the first of its kind in Pakistan conducting research in the field of molecular medicine and drug development. It focuses on developing a comprehensive understanding of the molecular basis of prevalent diseases in Pakistan through its MPhil & Ph.D. training programs at national and international levels. The center has produced a large number of patents and Ph.D. scholars.

Nadira has taught Management Sciences at the Bahria University, an educational organ of the Pakistan Navy, as an honorary lecturer at the postgraduate level from 1996 to 2012 and has provided a large number of scholarships for deserving students for pursuing studies at different levels. She has served as Chairperson Education of the All Pakistan Women’s Association (APWA) and is a member of the Jinnah Society which assists in the development of projects dedicated to the memory of Quaid-e-Azam for the propagation of his principles and vision. She is a member of the BOG of the Karachi Council of Foreign Relations, a think tank providing policy input in the area of foreign policy.

In recognition of her meritorious services in the field of Public Service, the President of the Islamic Republic of Pakistan conferred upon her the prestigious awards of Sitara-i-Imtiaz in the year 2000 and Hilal-i-Imtiaz in 2004. She was honored as an outstanding Female Leader at the Female Leadership summit held in Berlin in September 2011. She has also been featured in a book by a famous German political analyst Kerstin Plehwe titled Die Macht der Frauen. In the year 2013, she was chosen as the recipient of the Benazir Bhutto Women Excellence Award by the Government of Sindh.

Her current project is the establishment of a Water Research center at the NED University of Science & Technology with the objective of working for the Water Security of Pakistan.

A Pediatrician and a Human Rights Activist

A pediatrician by profession, Dr. Habiba Hasan is both an educationalist and a human rights activist.  Currently, a senior member of the faculty at Jinnah Medical and Dental College, Karachi, she has devoted more than fifty years to her professional work as a doctor as well as to improve the lives of women and children in Pakistan.  She has worked both at a grass roots level as well as in policy making when she was on the highest elected Board of Amnesty International

Following are some of the initiatives she took to improve the conditions of women and children in Pakistan.

Being a pediatrician, Dr. Hasan was acutely aware of the lack of facilities for the handicapped children in her country where they are looked upon as a burden by the family and stigma by society.  She helped start three institutes for them:

Presently it is working with seven other NGO’s as a Consortium ‘I am Karachi’ in the ‘Badal Do’ project to change the mind-set of the teachers towards peace, tolerance and diversity so that this gets filtered down to the children and society at large.

ASSOCIATION WITH AMNESTY INTERNATIONAL:  1980 TO DATE

Dr. Hasan became one of the founders of Amnesty Internal in Karachi in 1980.  Recognizing her work on women AI chose her to represent South Asia at the UN Fourth World Conference on Women at Beijing in 1995. In 1997, she had the honor to be the only person from Indo-Pak to be elected the highest elected body of AI – the International Executive Committee.

The honor killing report on Pakistan published when Dr. Hasan was on the IEC of Amnesty International, evoked empathy from Amnesty members for these women, and they gave her the seed money to start the first women’s shelter in Sindh ‘PANAH’ in January 2002. She was the managing trustee for 8 years.

GENDER SENSITIZATION TRAINING FOR THE JUDICIARY AND POLICE: 2006 TO 2008

In 2006, the first Gender Sensitization at the Judicial Academy Sindh, Karachi was undertaken.

Upon the basis of this gender sensitization trainings were carried out for all the practicing judges, police and jail personnel in the entire province of Sindh.

Dr. Hasan is one of the Founder Members of the Legal Aid Society which is functioning since 2014. It is running two projects in the province of Sindh:

In addition to his responsibilities at the DAWN Group of newspapers, Mr. Haroon is also president of the Pakistan newspapers society (APNS), which is the publisher’s body representing newspapers and magazines in Pakistan. He is also the president of the international advertisers association (IAA), Pakistan chapter. This is the representative body of the IAA, a global partnership of advertisers, agencies and media with chapter in over 100 countries. In the Pakistan it overlooks the launch of major international campaigns on the promotion of the advertising filed. He is also member, Board of trustees press foundation of Asia (PFA), the leading institution for the provision of training to Asia’s journalists from 16 member countries. Vice chairman of the press institute of Pakistan (PIP) PIP is leading organization in Pakistan that provides research and technical training facilities for special interest journalism. Mr. Haroon is also chairman of the Creative Unit (Pvt), one of Pakistan’s leading design houses specializing in communications, book design corporate literature and advertising campaigns in the print medium.

Presently Mr. haroon also holds the of Chairman of the task force on cultural heritage, under the aegis of the Government of Pakistan. The task force has been constituted to tackle the various problems of conversation of monument.

Born in a well established Sindhi family residing in Karachi at the time of partition, Hameed Haroon grew up in a family that had published the first newspaper in Pakistan – DAWN – founded by the Quaide-Azam himself.

Although he is most famous for his association with the Dawn group he holds many other portfolios.

Mr. Hameed Haroon continues to be involved in various fields and his contributions are many in the fields of publishing, advertising, cultural and civic activities.

We are indebted to be for his contributions to Panah when he was on our Board of Trustees.

Lorem Ipsum has been the industry’s standard dummy text ever since the 1500s, when an unknown printer took a galley of type and scrambled it to make a type specimen book. It has survived not only five centuries, but also the leap into electronic typesetting, remaining essentially unchanged.

It was popularised in the 1960s with the release of Letraset sheets containing Lorem Ipsum passages, and more recently with desktop publishing software like Aldus PageMaker including versions of Lorem Ipsum.

Uzma Noorani is a dedicated social activist with over 30 years of experience in furthering the cause of human rights in Pakistan.
Her extensive experience uniquely combines knowledge and expertise on policies and legislation with an understanding of issues women face through her hands-on management of a shelter, Panah, for nearly two decades. Her special interest areas include women’s political participation and violence against women.
Ms. Noorani has demonstrated the ability to engage with diverse stakeholders including policy-makers, politicians, the judiciary, rights activists, etc. From 2013, Ms. Noorani is an active member of the National Commission on the Status of Women, to which she was nominated from Sindh. Ms. Noorani has made significant contributions to review laws as a member of NCSW’s legal committee.
Since 2017 she serves as the Co-Chairperson of the Human Rights Commission of Pakistan and also represents it on the International Federation for Human Rights.
Ms. Uzma Noorani is among the founder members of Women’s Action Forum Pakistan that has been at the forefront of lobbying and activism for women’s rights in Pakistan.

Former Judge of Sindh High Court. Presently heads a law firm, Chairman of MSS, Trustee of Panah Trust, Director of Karwan-e-Hayat. Member of Board of Directors of Trans Karachi, a Company Established to manage Mass Transit System in Karachi. An active participant in civil society for improving the lives of underprivileged women and children.

Mr. Jameel Yusuf S.St is a businessman by profession and is the Chairman of TPL Corp Ltd. He has had a long and illustrious career spanni8ng of more than half a century. Having a phenomenal success in business and has made a mark for himself in the service of humanity.

He was the Founder Chief of Citizens Police Liaison Committee (CPLC), Central Reporting Cell, a statutory institution, assisting Victims of Crime on a Voluntary and Honorary basis since its inception i.e. September 1989 – March 2003. In recognition of his exemplary services, he was invested with the prestigious National Award of “Sitara-e-Shujaat” (S. St.) for Bravery, by the President of Pakistan, in 1993, for his role leading to recovering over 100 Kidnapped Victims and apprehending more than 500 Kidnappers / Terrorists at the risk of his and his family’s life.

He served as a Member of the Law & Order Commission of Pakistan, Member, Advisory Council Fellowship Fund for Pakistan (FFFP), Woodrow Wilson International Centre for Scholars (WWC) since 2004 – 2015.

He is the Member, BOG and Chairman, Steering Committee, “Al-Murtaza – Professional Development Centre” a Charitable Trust operated institution imparting training to teachers and heads of other Trust Operated Schools, established in 2001. Member, Board of Directors Aga Khan University Examination Board (AKU-EB). He is also the Founding Trustee of “PANAH TRUST” a Shelter Home for Women who are victims of domestic and societal violence in Karachi since its establishment in 2001, Trustee, Guardians Trust for restoration of Heritage building and premises of Frere Hall and Gardens w.e.f October 2018 and Member, Executive Committee: Public Interest Law Association of Pakistan (PILAP)